gradslam is an open-source framework providing differentiable building blocks for simultaneous localization and mapping (SLAM) systems. We enable the usage of dense SLAM subsystems from the comfort of PyTorch.

Code available at our GitHub repository

The question of “representation” is central in the context of dense simultaneous localization and mapping (SLAM). Newer learning-based approaches have the potential to leverage data or task performance to directly inform the choice of representation. However, learning representations for SLAM has been an open question, because traditional SLAM systems are not end-to-end differentiable. In this work, we present gradSLAM, a differentiable computational graph take on SLAM. Leveraging the automatic differentiation capabilities of computational graphs, gradSLAM enables the design of SLAM systems that allow for gradient-based learning across each of their components, or the system as a whole. This is achieved by creating differentiable alternatives for each non-differentiable component in a typical dense SLAM system. Specifically, we demonstrate how to design differentiable trust-region optimizers, surface measurement and fusion schemes, as well as differentiate over rays, without sacrificing performance. This amalgamation of dense SLAM with computational graphs enables us to backprop all the way from 3D maps to 2D pixels, opening up new possibilities in gradient-based learning for SLAM.

The differentiable SLAM systems perform quite similarly to the non-differentiable counterparts, while allowing for gradients to flow right through. This makes gradSLAM attractively poised to be used in gradient-based learning systems.

Here’s a comparative analysis of the three differentiable SLAM systems we provide.

More qualitative results, this time, on the ScanNet dataset. 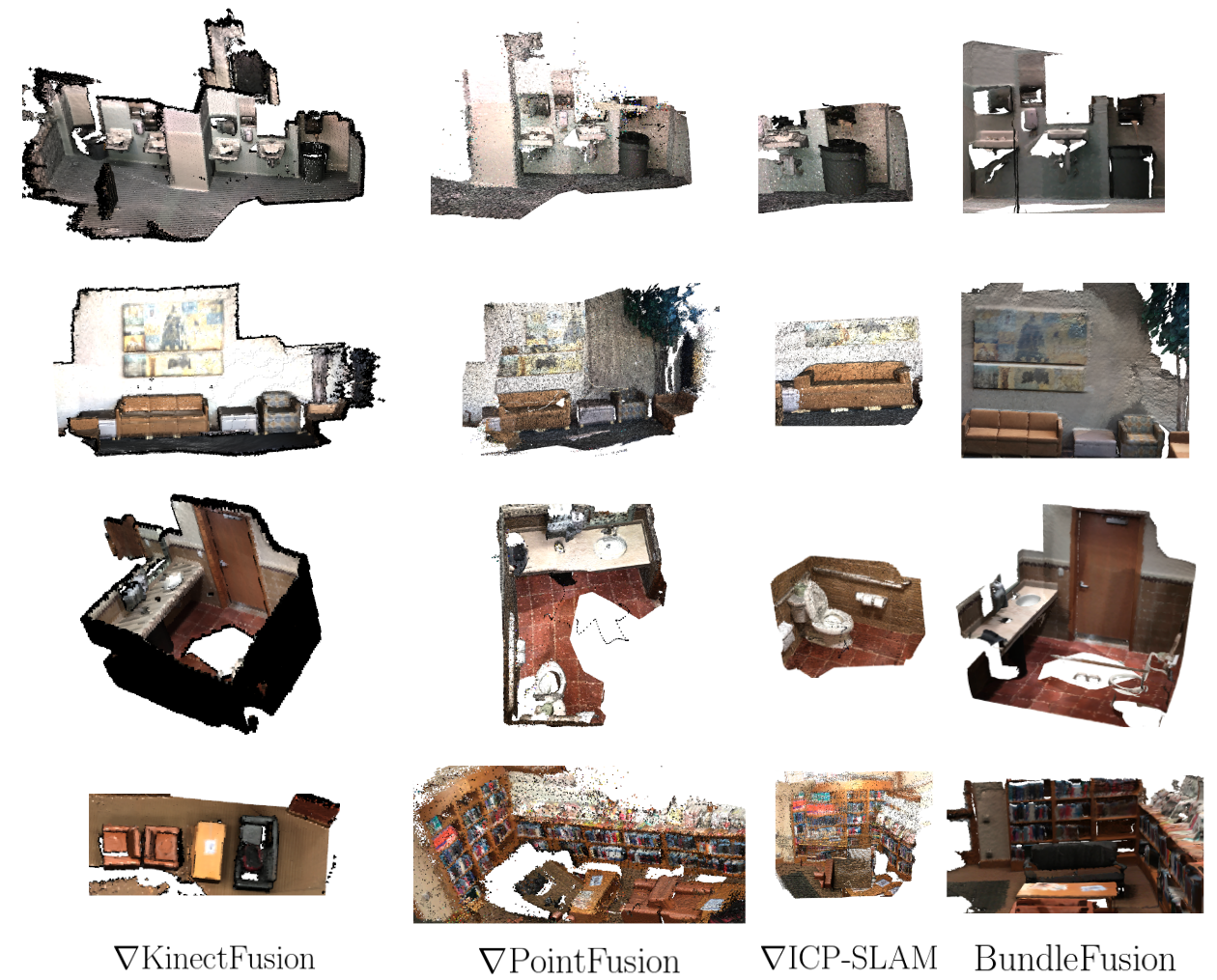 Further, we have evaluated gradslam on the TUM RGB-D benchmark, as well as on an in-house sequence captured from an Intel RealSense D435 camera.

A preprint is currently available on arXiv, at the following link. Click on the thumbnail below, to access. 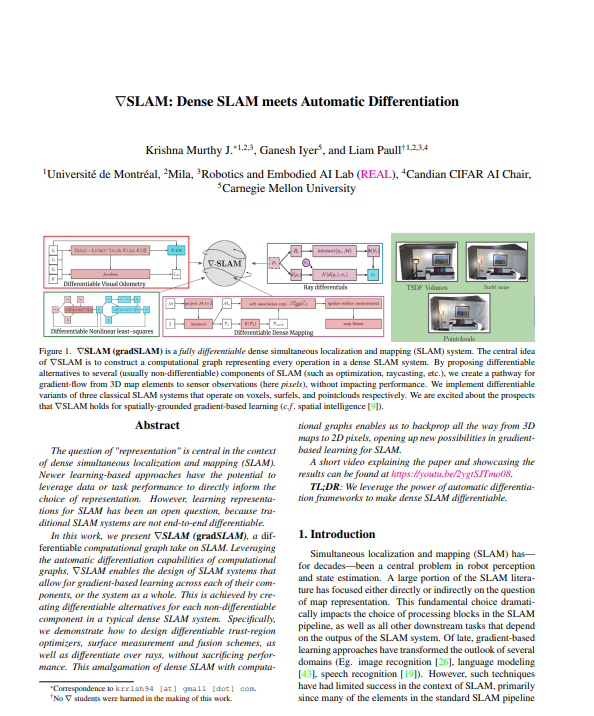 An earlier version of this paper has been presented at the international conference on robotics and automation (ICRA), 2020.

If you would like to cite us, you could use the following BibTeX entry.

If you need to discuss any further, or seek clarifications on implementation detail, correspondence is encouraged to Krishna Murthy, Soroush Saryazdi, Ganesh Iyer, or Liam Paull. Also, we would like to hear more from anyone working on similar ideas.